Unifor Local 5555 represents over 2,800 members who work as non-academic administrative, professional and technical employees, facility services, parking and transit staff and special constables at McMaster University, support staff at Regional Medical Associates (RMA) and hospitality staff at Royal Candian Legion Branch NO. 163. Our members are in 6 different units and are located at multiple locations across the province, most in the Hamilton area, but with smaller locations in Collingwood, Waterloo, and St. Catharines.

Who Do We Represent? 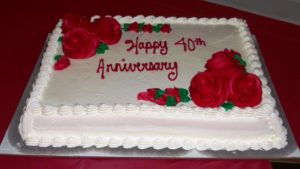 The McMaster University Staff Association (MUSA) was first established as an association in 1973.  We were recognized as a certified trade union by the Labour Board of Ontario on February 9, 2000.

In 2003, we were accepted for a Direct Charter with the Canadian Labour Congress (CLC) as MUSA CLC Local 2003-1.  In November 2005, the CLC held a transfer vote in which MUSA members voted to join the Canadian Auto Workers (CAW).  We became the largest local in the post-secondary education sector.  Then on August 31, 2013, CAW and CEP (Communications, Energy and Paperworkers Union of Canada) united to create a new union, Unifor, uniting more than 300,000 members from Canadian coast to Canadian coast.

Our membership exceeds 2800 employees.  While the bulk of our membership is concentrated at McMaster’s main campus, we are spread out across numerous locations across Hamilton(notably all the Hamilton Hospital sites) as well as McMaster locations in Burlington, St. Catharines, Waterloo, and Collingwood.

The Local has expanded to 6 Units.  Unit 1 is the largest unit, and is the original part of the local, and it consists of non-academic administrative, proffesional and technical employees.  Unit 2 is Regional Medical Associates Staff.  Unit 3 is McMaster Parking and Transit Serives operations staff.  Unit 4 is the Special Constables in Security Services.  Unit 5 is Operations and Maintenance staff.  Unit 6 is Royal Canadian Legion 163 support staff.